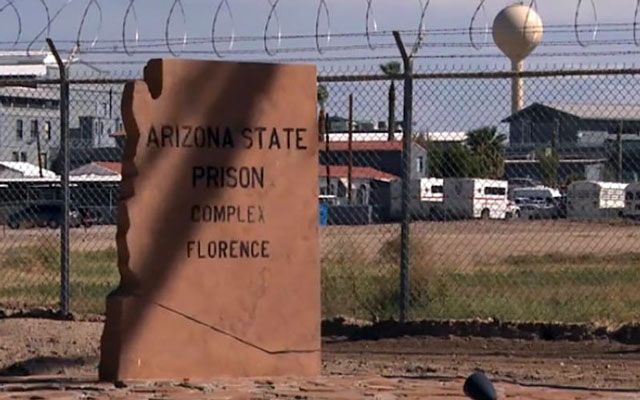 File Photo/Cronkite News: Arizona has not carried out an execution since 2014, when a lethal injection went wrong, and has not used the gas chamber since 1999. But the state is pushing to execute two long-serving death-row inmates this year who will have the choice of gas or lethal injection, leaving officials scrambling to refurbish its mothballed gas chamber and secure chemicals for the lethal gas.

WASHINGTON – Reports that Arizona is preparing to execute death row inmates with gas similar to what was used in the Holocaust have brought responses ranging from “concerned” to “horrified,” but the most common reaction was disbelief.

“What were they thinking?” asked Robert Dunham, executive director of the Death Penalty Information Center, in response to news reports that the state purchased potassium cyanide for possible use in a refurbished gas chamber this year.

“Didn’t anybody in the Arizona Department of Corrections study the Holocaust, and if so, why didn’t they object?” he asked.

The reports come as Arizona Attorney General Mark Brnovich is urging the Arizona Supreme Court to schedule the executions of Frank Atwood and Clarence Dixon, each of whom has been in prison for more than 30 years.

Brnovich told the court that both men have exhausted their appeals and their death sentences should be carried out.

“Capital punishment is the law in Arizona and the appropriate response to those who commit the most shocking and vile murders,” Brnovich said in a statement released when he petitioned the court in April. “This is about the administration of justice and ensuring the last word still belongs to the innocent victims who can no longer speak for themselves.”

The court in May set hearing schedules for both Atwood and Dixon that could clear the way for executions as early as this fall – which has sent state officials scrambling to prepare the means of execution.

Because Atwood and Dixon committed their crimes before 1992, they can choose between death by lethal injection or in the gas chamber. Both methods proved problematic the last time they were used by the state and both require chemicals that are difficult for states to secure.

The Guardian reported last month that Arizona ordered more than $2,000 worth of chemicals, including potassium cyanide, for use in a refurbished gas chamber, which was last used in the 1990s. Reports of Donald Harding’s 1992 execution in the gas chamber said he “struggled violently” for more than 10 minutes in what one witness called an “extremely violent” death. Walter LaGrand took 18 minutes to die in the chamber while choking and gasping, news reports said.

Dale Baich, a federal public defender who is representing Dixon, said he is “deeply concerned that Arizona is even considering a plan to carry out executions using lethal gas,” which he called “a step backward.”

He said inmates “should not be forced to choose how the state will kill them.” Whatever the method, both Baich and Dunham questioned the state’s ability to carry out a legal execution.

For example, Dunham said an Arizona Department of Corrections, Rehabilitation and Reentry “receipt obtained by The Guardian, shows the state bought potassium cyanide.”

“This will certainly be a problem if lethal gas is used for execution,” Dunham said, as the department’s protocols specify that execution by gas must be carried out with sodium cyanide.

Brnovich did not respond to requests for comment on the execution preparations. The corrections department responded with a prepared statement that said it would be ready, whatever the outcome.

“The Arizona Department of Corrections, along with the Arizona Attorney General’s Office, are prepared to fulfill its constitutional obligations, carry out court orders, and deliver justice to victims’ families,” said the statement from Corrections spokesperson Judy Keane.

“It took him an hour and 57 minutes to die,” said Baich. “It was the longest execution in U.S history.”

A Death Penalty Information Center report said Wood’s executioners had to administer 15 doses of a “drug cocktail” of midazolam and hydromorphone, which left him gasping and snorting for more than an hour before he was declared dead.

A subsequent lawsuit prohibited the state’s use of midazolam for lethal injections, leading Arizona to try to “import illegal lethal injection drugs from India, but the Federal Drug Administration confiscated the drugs at the Phoenix airport,” the DPIC report said.

But Brnovich wrote Gov. Doug Ducey in 2019 and 2020 to say the state had found a legal supplier of pentobarbital, which can be used in lethal injections, and was ready to resume executions.

“Of the more than 100 death row inmates in Arizona, 20 have exhausted their appeals. Some of their vicious crimes occurred as far back as the 1970s and it’s time for them to be held accountable,” Brnovich said in those letters.

Critics insist that the state is not ready to carry out “safe and effective” executions that do not repeat the botched execution of Wood in 2014.

“The state’s plan to use the same gas the Nazis used in Auschwitz, is a horrible way to die for anyone,” said Natman Schaye, senior trial counsel for the Arizona Capital Representation Project.

Schaye, who has represented Atwood for years, said he is prepared to file “a number of different cases if a warrant of execution is ordered by the court,” arguing that Atwood should not have been sentenced to death in the first place and that both methods of execution would amount to torture for Atwood.

“Frank’s spine has been deteriorating for decades, to the extent that he’s been confined to a wheelchair the past five years,” which would make being strapped to the lethal injection table painful, Schaye said.

The state’s answer was to note that Atwood could opt for the gas chamber. But Schaye said death by cyanide gas for his client would be “particularly horrible because Frank’s mother was an Austrian Jew who escaped the Holocaust at the beginning of World War II.”

Those echoes of the Holocaust are particularly troubling for victims and their survivors, said Janice Friebaum, vice president of the Phoenix Holocaust Association. Death by lethal gas “is not a humane death, it’s a death by suffocation, it involves agony,” she said.

“We remember what gas chambers did to our own people, and to know it’s going by our own government, it’s horrific,” Friebaum said. “It’s a cruel form of execution made by the Nazis.”

Wherever one stands on the death penalty, she said, “there must be other methods of execution that don’t cause suffering.”

“I am horrified that Arizona is even considering lethal gas as a method of execution… The images of our ancestors killed in the gas chamber really never leave your head,” Friebaum said. 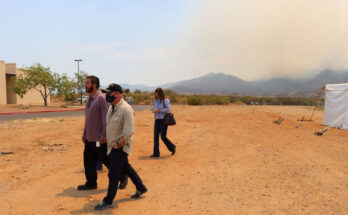 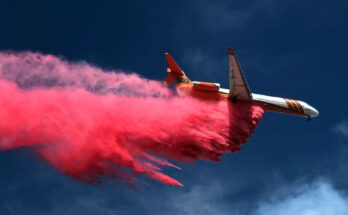