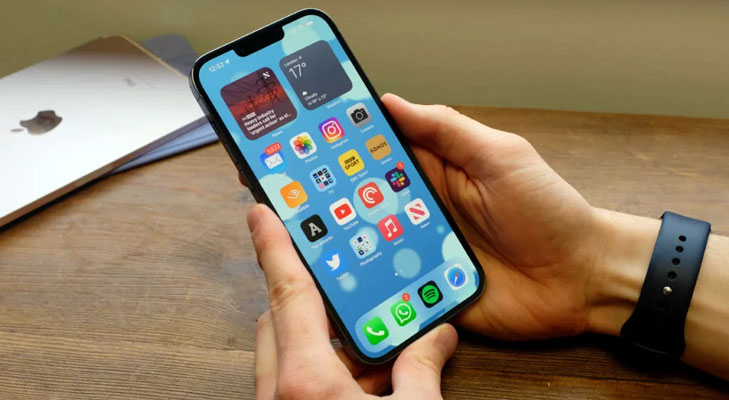 Beginning March 23, Arizonans can add their MVD-issued driver’s license or state ID card to Apple Wallet on an iPhone or Apple Watch and securely present it as a valid ID at select TSA airport security checkpoints at Phoenix Sky Harbor International Airport.

Arizona drivers now can keep and use their driver’s license or state ID on the phone.

Starting from March, Arizonans can use their driver’s license or state ID on their iPhones or Apple Watch for authentication at TSA security checkpoints in Phoenix Sky Harbor International Airport.

Colorado, Hawaii, Mississippi, Ohio, and Puerto Rico are other states to support this initiative.

It’s worth noting that different companies are using mobile app development services to create digital ID’s for their workers or other stuff like concert tickets. Yet, it’s not one of the first initiatives in the United States to use a digital copy of identification documents.

How will it work?

Residents will have to add a license or ID to their wallets via the new functionality “Driver’s License or State ID.” Next, a user will have to take a selfie and scan the front and back of the driver’s license or state ID card, provided to the issuing state for verification.

To ensure fraud prevention, a user will have to make several head movements for the app to construct a basis for future authentication.

State officials will verify the information and decide whether to add or ban the app from the wallet.

The digital license can be used at TSA checkpoints in the airports by tapping an iPhone or Apple watch. Users will be asked to provide Face ID or Touch ID to consent to pass the requested information to the terminal. In the next step, a TSA will capture and process the traveler’s picture to verify their identity.

Users mustn’t have to hand over their device, as the information will be passed digitally. Additionally, residents will benefit from all the iPhone or Apple Watch security features to pass information. If the device is lost or stolen, they can use the Find My App functionality to find, block, or erase data on the device.

Apple promises that no user data will be stored on Apple’s servers.

Although the initiative has sparked privacy debates, the initiative is completely voluntary, according to New York Times. Also, Arizonans shouldn’t discard conventional ID cards and licenses since they can’t use a digital copy once they stop y police on the road or in a bar.

Arizona Motor Vehicles Division stated that over 11K users have applied for a digital copy of their driver’s license or ID cards from the start of the program.

For now, it’s not clear when the rest of the states that spoke about the partnership with Apple will join the program. Louisiana and Colorado have their apps for presenting driver’s licenses, which are recognized by law enforcement organizations in their states and compatible with both Apple and Android operational systems.

Other states can follow the path of Colorado and employ app development services for unique solutions. State agencies’ costs of such projects are pretty manageable as creating an ID app differs from regular app development costs. To learn more about creating a mobile app, read the following: https://mlsdev.com/blog/app-development-cost.