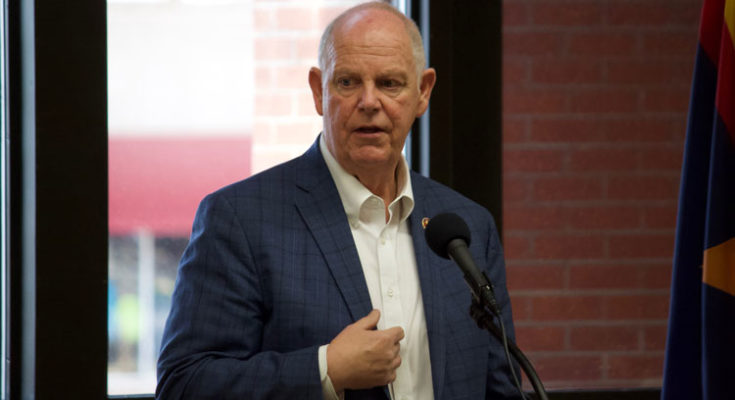 WASHINGTON D.C. – If Arizona is indeed a “purple” state – a solid mix of Republican red and Democrat blue – it makes sense that its politicians are among the most bipartisan in the country.

“Since I came to Congress in 2017, I’ve been committed to working with everyone to find commonsense solutions to the problems Arizonans face. To this end, reaching across the aisle on a consistent basis has been key,” O’Halleran said in a press release. “Today, I’m proud to again be ranked the most bipartisan Arizona representative, and to rank in the top 7% of most bipartisan members of the House of Representatives.”

“When I took office, I committed to working with Republicans and Democrats to deliver results for Arizonans. Since then, we’ve broken through partisan gridlock to pass our historic Bipartisan Infrastructure Law that will create millions of jobs, fix our roads and bridges, and make our state more resilient to drought without raising taxes. And, in the coming weeks, I’ll be working closely with Republicans and Democrats to pass my plan to increase Arizona microchip manufacturing and tackle supply chain challenges that are driving up costs for hardworking Arizona families. We still have a lot of work ahead of us, and I’ll keep working with anyone to deliver for Arizona families,” Kelly said in a press release.

Kelly has previously been named the most bipartisan freshman Democratic senator, according to data released by Axios, and was recently noted as having “the fourth most conservative voting record among Senate Democrats . . . according to voting scores by the University of California-Los Angeles.”