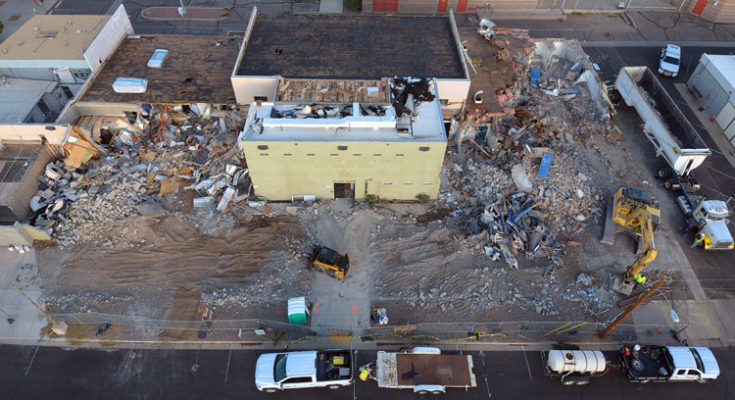 SAFFORD – The demolition of the former Graham County Sheriff’s Office/Jail at 523 10th Ave. began in earnest Monday as the first parts of the building were knocked down leaving rubble to be hauled away.

Breinholt Contracting Company of Gilbert was awarded the demolition contract for $200,503. According to a supervisor at the job site, the demolition is expected to continue through the week and then the remaining rubble pile will still need to be removed.

The demolition project includes asbestos removal, the complete destruction and removal of the existing building and basement, and backfilling the lot to leave a plain dirt lot ready for the construction of the new police department.