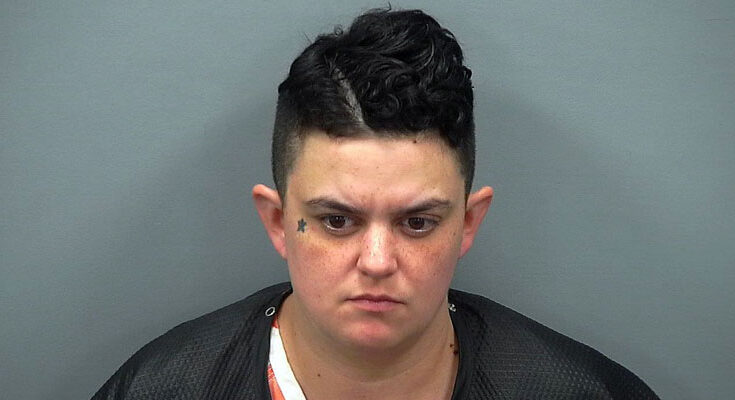 SAFFORD – A traffic stop for speeding intertwined with an ongoing drug investigation and resulted in the arrest of an alleged fentanyl dealer.

According to Safford Police reports, a detective had been looking into Peters’ dealings while staying at the Safford Inn. Officers had recently confiscated various drugs at the hotel room – including heroin – and Peters was one of several people the detective was interested in questioning about it since her vehicle had been spotted there. That case is still under investigation.

When Peters’ vehicle was pulled over for speeding, the detective went to the scene to assist and question her about the drugs at the hotel as well.

The driver of the vehicle, Tawni Taylor, allegedly advised she had used meth two days prior and the officer gave her field sobriety tests, which she passed. Taylor was later released and drove the vehicle from the scene with the permission of the owner, Peters.

Sanchez allegedly told the detective that he had received two fentanyl pills from Peters and that he had smoked one the previous day and had begun to smoke the pill that he was found with that day. Officers also located tin foil and burnt, cut straws in Sanchez’s possession. He was informed that charges against him would be long-formed to the Graham County Attorney’s Office and he was released as well.

Inside the safe officers located a glass pipe with apparent heroin residue. A purse was also located in the trunk of the vehicle and it contained heroin and methamphetamine.

Peters allegedly admitted ownership of all the drugs found in the vehicle and to also buying fentanyl pills. She was then taken to jail.

While being booked, however, a detention officer located a blue fentanyl pill in Peters’ possession and a plastic pipe stuffed in her folded pants, resulting in the additional charges of promoting prison contraband.