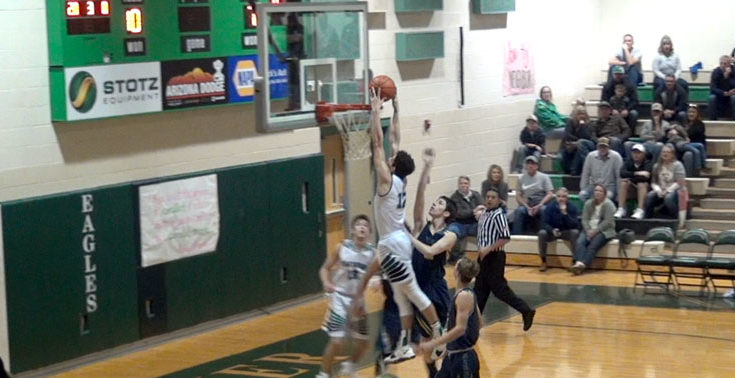 Jon Johnson Photo/Gila Herald: Rulon Motes slam dunks the ball against Pima last January. Thatcher will play this basketball season in the 2A East Region but is scheduled to move up to the 3A South Central Region for the 2020/21 season.

Alignment for football and soccer not yet released

PHOENIX – The Arizona Interscholastic Association (AIA) released its new sports alignment schedule Friday for volleyball, boy’s and girl’s basketball, baseball, and softball, and Thatcher will be realigned from the 2A East Region to the 3A South Central Region. Alignment for football and boy’s and girl’s soccer has not yet been released.

Thatcher will be the smallest school in its region with its enrollment of 538. Other schools in the 3A South Central Region and their alignments are American Leadership Academy-Ironwood (964), San Tan Foothills (897), Florence (878), Coolidge (815), and Globe (549).