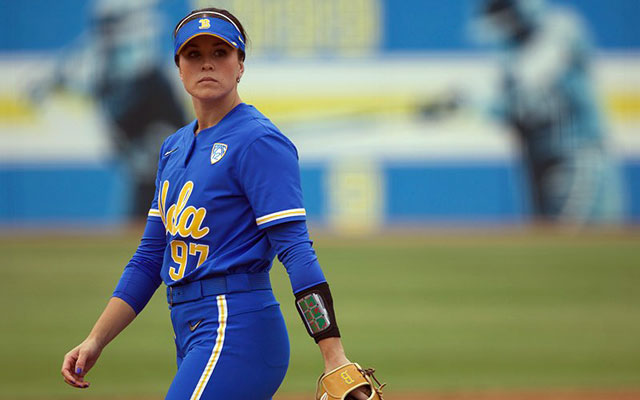 Photo by Matthew Legere/Cronkite News: UCLA catcher and third baseman Delanie Wisz has come up big when her team has needed her most, helping propel the Bruins to the Women’s College World Series in Oklahoma City.

UCLA won 12-1, with half of those runs coming off one bat, that of third baseman/catcher Delanie Wisz.

GCU will be one of the last schools to be burned by Wisz’s clutch gene. Grand Canyon returned to Arizona, and Wisz and the Bruins traveled to Oklahoma City to compete in the Women’s College World Series after winning their super regional against Duke. The Bruins open competition at 9 a.m. (Arizona time) Thursday against Texas.

It is the Bruins’ 31st time at the Women’s College World Series, an NCAA record.

“This is just a huge team win,” Wisz said.

Wisz stood out in the super regionals, posting three hits, four RBIs, and a .429 batting average. UCLA’s leader in those categories all season, Wisz was used to coming up big, but her late game performance in game 2, scoring three runs on two doubles in the fifth and seventh innings, was particularly impressive.

“I have to give it up to my teammates,” Wisz said. “My teammates put me in that position to be able to come up.”

Her two-hit, three-RBI performance in game 2 of the super regionals against Duke not only helped send her team to the World Series, but it also gave her Southern California softball journey a true Hollywood ending.

She attended Righetti High School, and her career was highlighted by a senior season that saw her hit .557 and leading to All-City, All-Area, and All-Area Utility Player of the Year honors.

She played travel ball during her high school years with other organizations in the Southern California area, including the Orcutt Renegades and SoCal Athletics.

Wisz’s older sister, Stevie, attended UCLA and won a national championship there. UCLA was Stevie’s dream school due to its program’s history of success, and Delanie wanted to follow in those footsteps.

“To be able to wear the Bruin uniform has always been a dream of mine,” Delanie said.

Playing in Southern California, and more specifically, for UCLA, seemed inevitable for Delanie. However, her college career wouldn’t start with the Bruins, but with another Los Angeles area school, Loyola Marymount University.

Although she had statistical success at LMU, she left the Lions after only two seasons because of unrest in the program.

“The reason I transferred to UCLA was because the previous school I was at had a toxic softball environment and I needed to do what was best for my mental health as well as my happiness,” Wisz said in an interview with the Santa Maria Times in 2020.

In 2019, with Wisz at LMU, UCLA won the Women’s College World Series. Since Wisz has joined the Bruins roster, UCLA has made it back to OKC in 2021 and 2022, but has yet to win it all again.

The Bruins might have made their way to the WCWS in 2020 as well, but the season was canceled due to the COVID-19 pandemic.

Now a senior, Wisz, playing for her dream school, is working toward her ultimate goal. She’s the type of player UCLA believes it needs to win it all.

Wisz demonstrated that clutch gene throughout the regionals. She went 3 for 3 in UCLA’s opening game against Grand Canyon University, scoring a run and knocking in an additional six in the Bruins’ 12-1 win.

“I mean, the girl is on fire,” Inouye-Perez said.

UCLA’s next opponent in the regionals was Wisz’s old school, LMU. Wisz didn’t have a game as statistically impressive as the one against GCU, but she still recorded an RBI on a sacrifice foul-out in the sixth inning.

UCLA defeated LMU 7-1 and then cruised past Ole Miss 9-1 to advance to the super regionals against Duke, where Wisz’s clutch gene kicked in again.

In game one, catching a standout game for Bruins pitcher Megan Faraimo but trailing 2-0, Wisz hit a double in the fifth inning, scoring UCLA’s first run of the game. The Bruins would win 3-2.

“She’s such a gem,” Faraimo said after game 1. “She was talking to me throughout the whole game. She was in my ear the whole time.”

And then came game 2. Specifically, an at-bat in the seventh inning of game 2.

Wisz doubled. Her teammates Briana Perez and Kinsley Washington scored. It was 5-2 UCLA.

The game was out of reach, and UCLA closed Duke out in game 2 to advance to the World Series, the third Pac-12 school to do so. The double was Wisz’s final at-bat in her home ballpark of Easton Stadium, and it couldn’t have been much bigger.

Wisz reflected on the moment afterward. Although a question was aimed at her time at Easton coming to an end, it was more than that.

With the Bruins traveling to Oklahoma City, Wisz’s time playing softball in Southern California has come to an end.

“For this to be my last game at Easton, it’s kind of sad,” Wisz said. “But it’s a bittersweet moment knowing that this is what got us back to OKC.”

Although this specific journey is ending for Wisz, she and her teammates know that there’s still one more journey to complete.

“(Winning the World Series), it’s always been a dream of mine,” Wisz said. “But I believe that God had his hand over my journey, and I’m right where I’m supposed to be.” 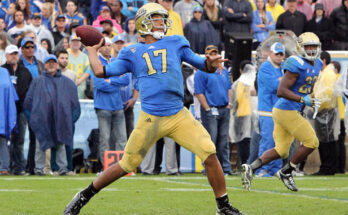 Who is Brett Hundley? 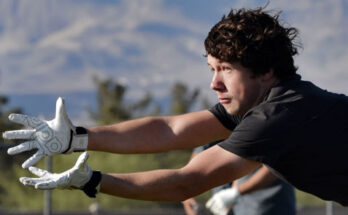 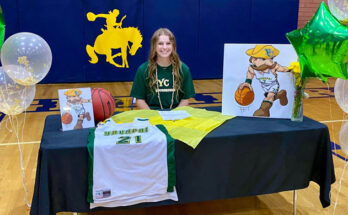