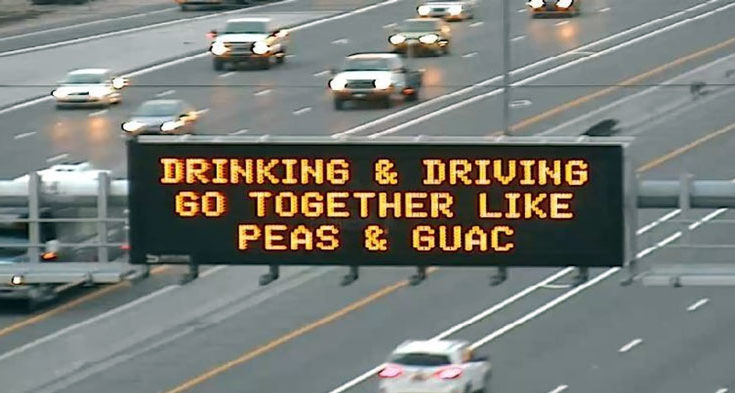 Contributed Photo/Courtesy ADOT: Now is your chance to see your witty message on freeway signs

For the third time, the Arizona Department of Transportation is holding its Safety Message Contest, giving you the chance to see your punny, witty, snarky or serious safety slogans on overhead signs, encouraging drivers to make better decisions behind the wheel.

Messages can be submitted at azdot.gov/signcontest through Monday, April 29. In the past two contests, ADOT received a combined 9,000 entries.

We know you've got a clever message. Enter the contest today: https://t.co/JuLcqZZwpY pic.twitter.com/ynESVrbCKZ

“We’re not joking about safety – nothing is more important than safety at ADOT,” ADOT Director John Halikowski said. “Some of the messages we display are humorous, but we’re using that humor to connect with drivers and get them thinking about the things that lead to preventable crashes and fatalities. These messages kickstart conversations about safety and that’s a good thing.”

ADOT displays quirky traffic safety messages, which often are related to current events and pop culture, as part of an effort to encourage drivers to change their actions behind the wheel. More than 90 percent of vehicle crashes are caused by driver decisions, such as speeding, driving aggressively, distracted or impaired. According to preliminary data, more than 1,000 people were killed in traffic collisions last year in Arizona.

When creating your messages – there’s no limit to the number you can submit – remember these guidelines:

After entries have been submitted, ADOT will select 15 finalists. In May, the public will vote for their favorites and the two messages that receive the most votes will appear on overhead signs above Arizona state highways.