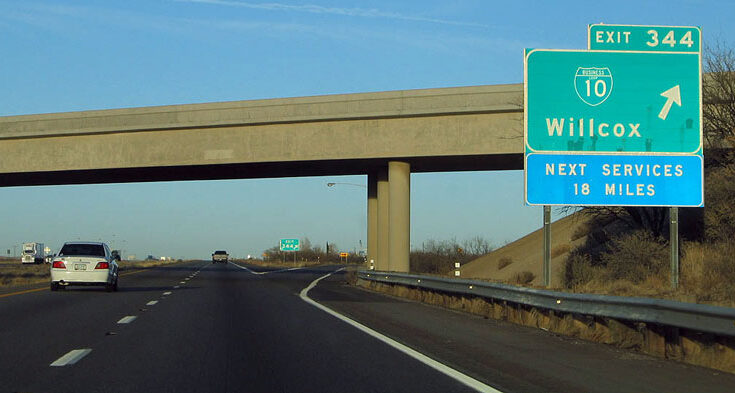 WILLCOX – The Arizona Department of Transportation is completing a project to replace the deck on the bridge over Interstate 10 on the west end of Willcox.

Other elements of the project include:

The project is scheduled to be completed in three phases:

During phase 1, minor traffic impacts are anticipated with flaggers and short delays when crews are working near traffic.

Starting April 5 and extending through phases 2 and 3, the bridge over I-10 will close to all traffic. Exit and entrance ramps will remain open. However, vehicles will not be able to cross I-10. Some work in phase 2 will require weekend closures of I-10 from 8 p.m. Fridays to 6 a.m. Mondays. At that time, I-10 traffic will be diverted onto the exit ramps and back to I-10 using the entrance ramps.