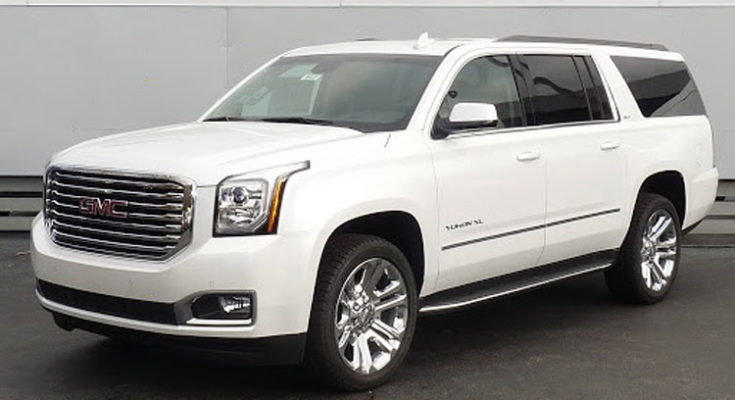 A GMC Yukon similar to the one pictured above was taken out for a joyride by a 14-year-old boy in the early morning hours of June 26 and ended up crashing through a barbed-wire fence.

GRAHAM COUNTY – A 14-year-old boy was referred to Graham County Juvenile Probation on June 26 on charges of driving a motor vehicle without a license and leaving the scene of an accident that caused damage to non-vehicle property.

According to a Graham County Sheriff’s Office report, at about 3:12 a.m., a passerby noticed what was later determined to be a white, 2007 GMC Yukon run off N. Shiflet Avenue and through a barbed-wire fence. The Yukon then proceeded down Norton Road and then southbound on Reay Lane.

A Sheriff’s Office deputy initiated a traffic stop on the vehicle on Reay Lane and discovered the driver to be a 14-year-old boy who had taken the vehicle without his parents’ permission. According to the youth’s statement to the deputy, he was just driving around because he wanted to go for a drive and had accidentally hit the fence due to his weariness.

The boy’s father was called to the scene and advised that he didn’t wish to pursue charges against his son for taking the vehicle and joyriding. The father advised that it was out of the ordinary for his son to behave in that fashion and allegedly said that he, “didn’t know what (the youth’s) deal was” and that “he does not do things like this.”

The father loaded the vehicle onto a trailer due to it having gotten a flat during the crash and said they would fix the broken barbed wire fence or do whatever the property owner would like. Roughly 25 feet of barbed wire fence had been displaced in the crash.

Later that same day, the property owner was contacted about the incident and she advised that she didn’t wish to pursue criminal damage charges and would be fine if the father and son would simply repair the fence.

The boy was referred to Graham County Juvenile Probation for the above-listed charges only.