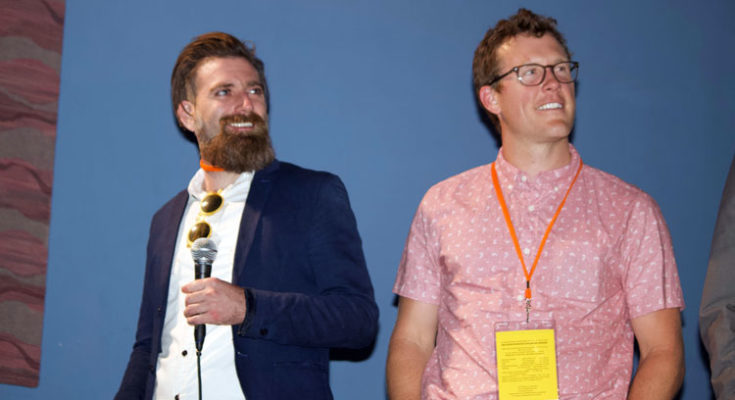 Jon Johnson Photo/Gila Herald: From left, director Kyle Moore and star Carr Cavender, of the film “To Hell and Gone” take questions after its world premiere during the Arizona International Film Festival in Downtown Tucson on Saturday, April 13.

TUCSON – The independent, crowd-sourced film “To Hell and Gone” starring Carr Cavender and directed by Kyle Moore garnered rave reviews after its world premiere during the Arizona International Film Festival in Downtown Tucson on Saturday, April 13.

Moore said he just barely got a rough cut of the movie – which was shot mostly in Klondyke with a variety of scenes in Safford and a quick shot in Tucson and Willcox – in the can in time for the festival.

“We literally just finished the film last week,” Cavender said. “Now that we’ve got a finished product, we’ll be able to submit it to more festivals.”

The film also has a quick cameo of a couple of Safford’s finest patrol officers, Jeremiah French, and Sherri O’Neal.

The independent film cost $200,000 to make and was crowd-financed on Indiegogo.

Both Cavender and Moore were in the audience for the premiere, along with co-star Clayton Froning, who played Thomas McBride, one of the film’s villains – as well as other crew members who were essential to the film. Afterward, those involved in the film spoke about making it during a question and answer session with attendees.

An ecstatic Moore told the Gila Herald that they plan on getting the movie into more film festivals as they work toward a goal of distribution and that he hopes to show the film in Safford at The Safford Theatre once its renovation is completed – perhaps as early as this Fall.

“We’re doing festivals, for now, I guess, and we’ll see what happens,” Moore said. “We’re taking it just a festival at a time for now.”

Click here to read the Gila Herald’s review of “To Hell and Gone.” 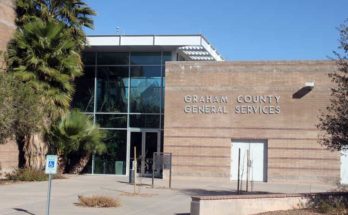 Tax breaks available for widows, widowers, and residents with disabilities